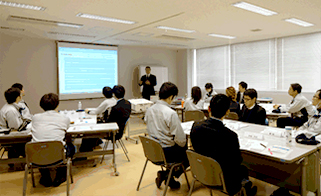 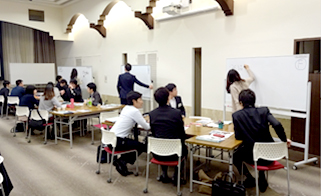 As part of our risk assessment of overseas group companies, based on materials published by NGOs and governmental institutions, as well as questionnaires, we are working to identify high risk countries and regions, and to mitigate risks there via monitoring and other measures. 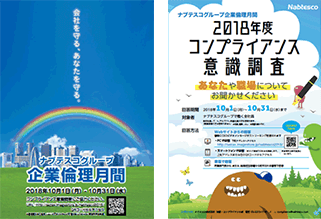 Since FY2011, we have designated every October as “Nabtesco Group Corporate Ethics Month” and have been conducting an intensive campaign, led by top management, to raise awareness of compliance among employees of Nabtesco Corporation and its Group companies in Japan.

In FY2018, we distributed CEO’s video message on compliance internally, including the subsidiaries in Japan and abroad, while at the same time conducting Compliance Awareness Survey covering employees companywide including those of the subsidiaries in Japan and abroad. (The number of employees who responded to Compliance Awareness Survey increased 990 from that in the previous survey, to 5,360 in total.)

To raise employees’ compliance awareness, we used the intranet as well as handouts to disseminate information to all employees. Going forward, we will continue to engage in educational activities.

Examples of Activities Conducted in FY2018

Establishment of the Nabtesco Group Code of Ethics

The Legal & Compliance Department, which is in charge of compliance issues, fulfills a central role by increasing employees’ compliance awareness in addition to fostering their compliance with laws and regulations in order to enhance the Group’s corporate value over the medium- to long-term. The Nabtesco Group Code of Ethics defines actions that each officer and employee should take to realize the corporate philosophy in his/her business activities from compliance perspectives.

In order to help each officer and employee deepen their understanding of this Code of Ethics and take actions that are in line with it, we have prepared a Compliance Handbook, which is used for compliance education and awareness-raising activities. The Code of Ethics and the Compliance Handbook is available in nine languages (Japanese, English, Simplified Chinese, Traditional Chinese, Korean, Thai, German, Italian and French) on Nabtesco’s website.

We also conducted education activities at  all Nabtesco Group companies outside Japan to disseminate the Code of Ethics from FY2017 to FY2018. Going forward, we will ensure that the Code of Ethics is understood and embraced by employees through group-based on-site training in Japan and overseas, as well as programs for e-learning.

Implementation of the Nabtesco Group Code of Ethics

According to the Rules for the Group Compliance Promotion System, the Compliance Committee, which includes experts from outside the company, is in place as an advisory body to the Board of Directors.
In addition, by appointing Chief Compliance Officer and Compliance Officer to support supervisors for all corporate divisions, in-house companies and Group companies both in and outside Japan, we have a system in place to increase compliance system on a group-wide and global scale. Compliance meetings are held in Japan as necessary in which Chief Compliance Officer and Compliance Officer exchange information with respect to compliance. In FY2018, we took advantage of a meeting attended by managers from overseas local subsidiaries in China, Europe and Asia to provide information related to compliance and exchange opinions. We are in the process of making preparations to hold a compliance meeting in the United States in FY2019. Going forward, we will continue to organize such a meeting on a global basis. 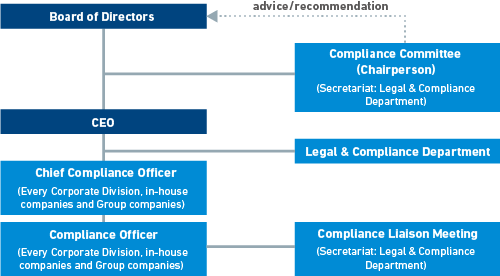 We have established a “hotline” system for the purpose of preventing, discovering and rectifying instances of bribery, bid rigging and misconduct. This hotline system, which offers a contact point not only within the company (Legal & Compliance Department) but also outside the company (a law firm and a specialized company), is available to all directors and employees (including fixed-term non-regular, temporary and part-time employees and interns) at Nabtesco Corporation and its group companies in Japan. Contact can be made anonymously, and a system is in place to safeguard whistleblowers from any disadvantageous treatment.

In FY2018, we received 50 reports/inquiries through the hotline system. Each was investigated and appropriately dealt with.

In FY2018, we nearly completed the introduction of the Global Hot Line, a system to receive internal notification from the group companies in Europe, North America and Southeast/South Asia. The system is already under operation. 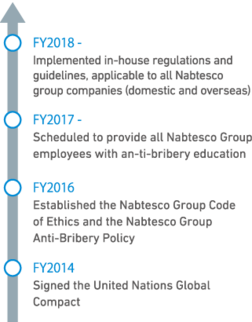 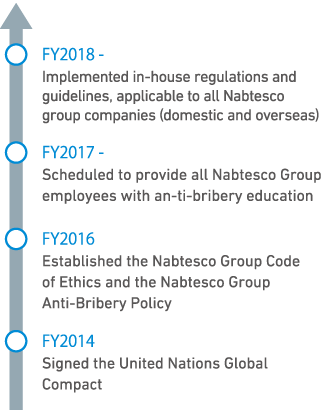 We have the Nabtesco Group Global Anti-Bribery Policy in place, considering the elimination of risk of bribery as one of the important areas of compliance. Applicable to Nabtesco Corporation and all its Group companies in and outside Japan, this policy clearly prohibits any acts of bribery including facilitation payments, requires the establishment of internal rules and guidelines regarding entertainment and gifts, and rules out any engagement with third parties who may pose a bribery risk. In addition, this policy is published on the website of Nabtesco Corporation in nine languages (Japanese, English, Simplified Chinese, Traditional Chinese, Korean, Thai, German, Italian and French), along with a message from the CEO.

We are working to prevent bribery across the group by rolling our basic policy to each compliance officer in each group company, in Japan and abroad, as well as promoting compliance education and the creation of internal standards and guidelines at each group company. Moreover, we will not engage any intermediary where it offers or is likely to give a bribe. In particular, before engagement of intermediaries such as sales agents, we check bribery risks including country risks and status of any contact with public officials based on internal guidelines. Further, we take appropriate measures such as providing for anti-bribery provisions in the relevant contracts.

We participated in the anti-corruption working group organized by the Global Compact Network Japan and actively exchanged opinions and information with other companies.

Nabtesco has not been fined for any bribery offense since its establishment in FY2003. We have made no political donations since 2003.

In Y2018, there were no staff disciplined or dismissed due to non-compliance with our anti-corruption policy.
In FY2018, our costs in relation to corruption was 0 yen.

In FY2017 to FY2018, we disseminated the policy to all Group companies outside Japan and assessed their bribery risks by visiting them, in principle. The future plan is to establish related anti-briberyWe also made improvements on internal regulations and guidelines adopted by the group companies. 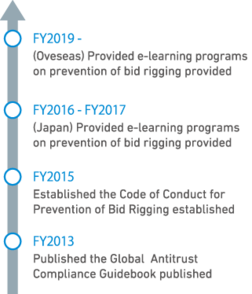 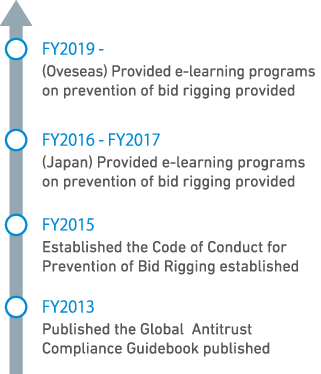 To ensure compliance with competition laws and regulations on an international scale, Nabtesco established the Global Antitrust Compliance Guidebook in FY2013 in Japanese, English and Chinese.

In FY2015, we stipulated the Code of Conduct for Prevention of Bid Rigging, a set of internal rules that defines the practices that are prohibited, rules on contact with competitors, authority of audits by the Legal & Compliance Department and the Business Auditing Department, among others. Then from FY2016 to FY2017, all Group companies in and outside Japan established their respective codes of conduct to the same effect.

We have been making efforts to provide training programs on the prevention of cartel activities as well. Training programs provided after FY2013 include explanatory meetings on the Global Antitrust Law Compliance Guidebook held on a companywide basis including the group companies in Japan and abroad (FY2013 and FY2014), training on measures to prevent cartel activities provided at a meeting of executive officers (FY2016), and training for e-learning provided to eligible members of sales departments company-wide and those of the group companies in Japan and abroad to prevent cartel activities (FY2016 ~).

We will continue to undertake measures to prevent bid rigging in order to maintain and enhance the corporate value of the Nabtesco Group. 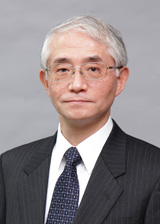 In recent years, a series of incidents of noncompliance have been reported, threatening the existence of many prominent corporations. This has heightened the global business community’s awareness that compliance is a critical basis for ensuring sustainable corporate growth and strengthening competitiveness.

The Nabtesco Group Code of Ethics defines compliance not only as complying with laws and internal rules (manuals, guidelines and other operational rules) but also as meeting needs of stakeholders (customers, employees, business partners, shareholders and local communities) through acting in compliance with ethics and social norms.

As a prerequisite for expanding its global business operations, the Nabtesco Group needs to reinforce its compliance system in such a way as to encompass its overseas Group companies. The Compliance Committee, which was established in FY2016 as an advisory body to the Board of Directors, deliberates on the basic policy and priority issues related to the Group’s compliance system. As an independent member of the Committee, I deliver opinions from an external point of view to ensure the effectiveness of internal control of the Group.

In order for the Nabtesco Group to achieve sustainable growth, each employee is expected to conduct business with high ethical standards and transparency. I am committed to contributing to the reinforcement of the Nabtesco Group’s compliance system through various initiatives of the Compliance Committee.

In response to the globalization of our business operations, we are fosteri...

The Nabtesco Group has a system in place to ensure that profits and losses,...

As part of corporate crisis management, to prepare for major natural disast... 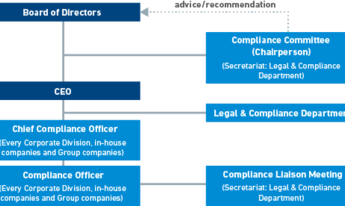 Establishment of the Nabtesco Group Code of Ethics To strengthen the Gro... 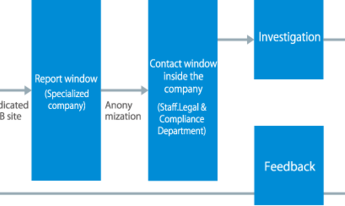 We have established a “hotline” system for the purpose of preventing, disco... 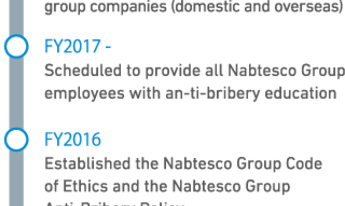 Initiatives on Anti-Corruption Measures We have the Nabtesco Gro... 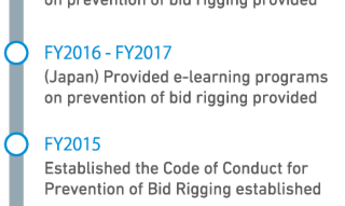